On Eddy Binford-Ross’s second night reporting on the protests in Portland, Ore., federal officers let off enough tear gas to fill the street in front of the federal courthouse and an entire city park across the street. The smokelike plumes sent her scattering along with the protesters.

“I couldn’t see because my eyes were burning,” she told The Washington Post. “I couldn’t breathe because my throat was burning. I almost threw up because I was coughing so hard.”

Like many journalists covering the tense demonstrations, Eddy has faced serious threats: She has been tear-gassed every night, had three stun grenades lobbed in her direction, been shoved against a wall by police and had a federal officer repeatedly point a gun at her.

But Eddy may be the only front-line reporter regularly risking her safety to write for a high school newspaper.

Despite the danger and a few bruises, the 17-year-old has returned to downtown Portland every night to cover the standoff between local protesters and federal law enforcement officers from the Department of Homeland Security and the U.S. Marshals Service. The photos, videos and scenes she has tweeted and published online have earnedher high praise from professional reporters and activists. 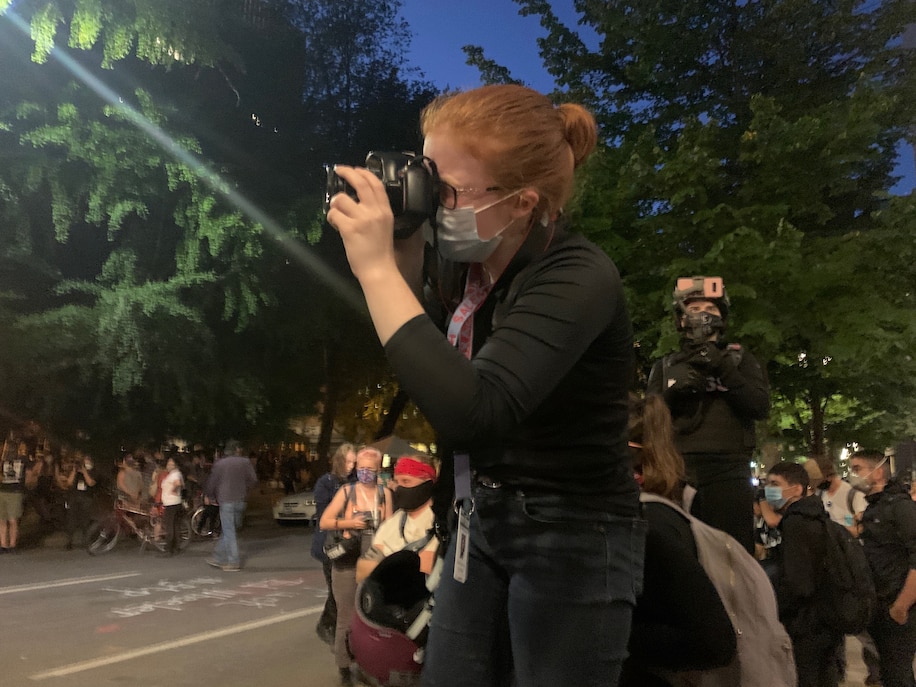