Peyton Robertson began inventing at only eight years old. He was brought up by his parents to find solutions to problems rather than complain about them. By the time he turned twelve, he had won first place in the Discovery Education 3M Young Scientist Challenge for inventing the “Sandless Operational Sandbag” (SOS). His invention is much lighter than conventional sandbags, more intuitively-designed to avoid seawater and floodwater from seeping in, and 100% reusable. Once dried after use, the SOS can then be stored for future flood emergencies.

When he first discovered his love for math and science, Peyton was encouraged by his parents to think differently. Instead of seeing problems only as just causes of trouble, he was made to search for solutions; it sure helped that Peyton was a genius from birth.

After seeing how poorly the sandbags performed as flood deterrents, he set out to revolutionize their design and components. The first thing to go was the sand; instead of heavy sandbag content, he replaced it with light polymers, which expand when wet and absorb the liquid. He then added salt to make the contents denser than the saltwater it needed to keep out. To optimize blocking efficiency, he also fashioned his sandbags with plaster to keep them interlocked and ensure no salt water would find its way into the gaps.

Peyton explains, ““Failure is progress and a normal part of the process. Whether it’s science or life, you have to start, fail and just keep pushing. In a football game, time runs out, and a golf match ends after the last hole. But when you are working on something and it doesn’t work, you just extend the game – and give your experiment or your prototype another go.” 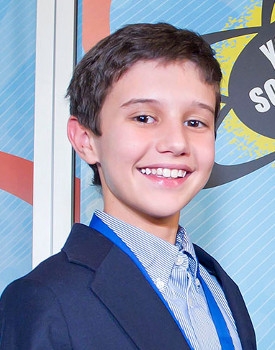